Freelancing: Is It All It’s Cracked Up To Be? 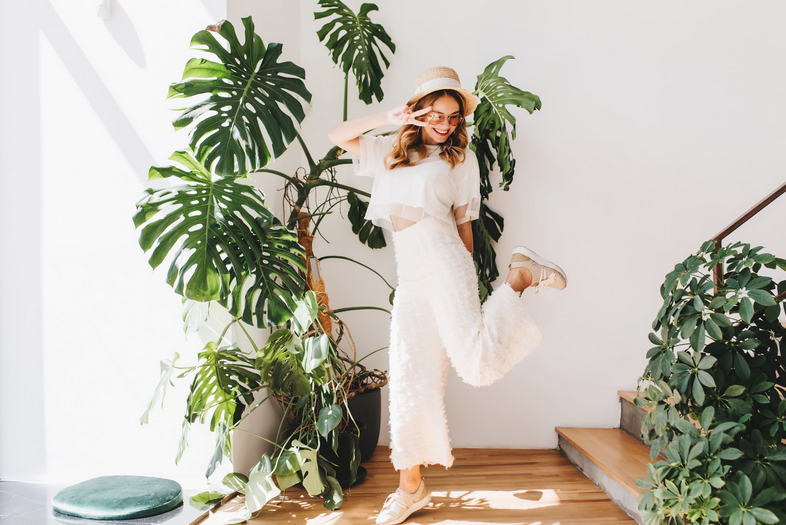 After graduating from university, I spent several years working across the media and arts industries. To neither my nor anyone else’s surprise, I noticed some trends. Namely in film and publishing, an overwhelming majority of the employees around me were women — and yet senior roles seemed consistently dominated by men.

On a more micro level, I’ve lost count of the instances of frustration from my 9-5 life: overhearing one white, male executive tell another white, male executive, “it’s not about competence, it’s about confidence”; being told by a male photographer (who was significantly older than me) that “if I didn’t have a boyfriend, you and I would be shagging in the toilet right now”; being expected to do the washing up by a junior male temp.

I’m not looking for sympathy. As an educated, middle-class white woman, I don’t know the half of workplace inequality. And neither am I saying that sexism – both institutional, and everyday – has disappeared now I’m freelance. What I can say, however, is that freelance life has made me feel more ‘empowered’ as a working woman than ever before.

It was never a conscious choice for me to leave full-time work. A fixed-term contract ended, and something of a ‘portfolio career’ meant I simply struggled to fit all the criteria for any one full-time role. It was a decidedly disempowered position to be in. But once I started freelancing as a stop-gap, I never looked back. Currently, as a freelance writer and graphic designer, I have the freedom to work on a delicious variety of projects. I have flexibility over when and where I work, and (for the moment, at least) I’m financially stable. I’ve also been granted opportunities and achieved certain things in my career at a drastically faster rate than I would have in-house.

Obviously, I’m not the only one it’s working for. In the US, 74% of the current freelance workforce started freelancing in the past 5 years [source]. In Europe, freelance numbers have increased by 45% since 2013 [source]. Since 2001, the number of self-employed workers aged 16 to 24 in the UK has almost doubled [source] (notably, in 2019, Refinery 29 reported an apparent 63% rise in highly-skilled female freelancers that has driven the UK’s freelance boom over the last 10 years).

Should we link these sorts of eyebrow-raising numbers to the gig economy? To the meteoric rise of the ‘side-hustle’, or some short-lived millennial trend? Apparently not.

In the US alone, freelance income makes up almost 5% of the country’s GDP, or close to $1 trillion [source]. That’s a greater share than those of industries like construction and transportation. Likewise, the 2 million freelancers in the UK today are currently contributing approximately £125 billion to the economy (and 1.77 million of them cite their freelance practice as their main occupation). Clearly, people are going freelance and finding it to be a definitively better deal than traditional employment — arguably women in particular.

Corporate culture was undoubtedly a driver of my disillusionment with in-house roles. I was lucky to avoid the worst of it, but I remember my best friend having to take unpaid leave after a traumatic health procedure because she had used up her six days’ worth of sick leave for the year. Another friend was forced to commute 6 hours a day because she couldn’t afford London rent on her £16,000 salary; she was denied even a minute’s flexibility on her hours. These sorts of structures simply don’t view workers as humans with any value beyond their capitalist productivity. To me, that’s incredibly toxic.

It’s also arguably a hindrance to productivity anyway. A recent survey found that 89% of British workers believe flexible working boosts their productivity; I certainly know that to be true. I am at the height of my productivity when I work from home, which most of the time, I now do. As a 9-5er, I was spending 13 hours / day in the office during my busiest periods, and probably achieving less. Across the board, employees today are working longer and longer hours. But wages? They remain stagnant. It simply isn’t a sustainable or reasonable system, in any sense. No wonder we’re flocking to self-employment in our hoards.

So, yes: to me, freelancing is a decidedly refreshing alternative. That being said, it’s important to acknowledge the low-points of the lifestyle. Off the bat, I’ll say that I’ve never been so aware of my gender as I have when I’m asked for my rates. No matter how many times I chant ‘quote with the confidence of a middle-class white man’ at myself in the mirror, I squeam when the time comes to talk about money. According to data presented by diversity initiative Creative Equals, women are four times less likely to negotiate than men; when they do, they ask for 30% less money. It’s no wonder, then, that the gender pay gap tends to be much wider for freelancers.

Plus, of course, it’s no secret that there is no statutory maternity pay or maternity leave for freelancers. Likewise, forget sick pay. Holiday pay. Pension. Even a guaranteed pay-check every month. One downside I’m particularly grappling with is the sheer amount of hats I have to wear, adopting the role of accountant, new business scout, marketer, strategizer and beyond — all on top of the freelance services I actually provide.

It can get lonely. Clients can forget to pay you on time. But the truth is, at this stage in my life, the good outweighs the bad without question. I love the way that I work, and I feel incredibly lucky to be able to do it. In a career utopia, we’d have all the stability benefits of a full-time job, with the autonomy and freedom to mould that job around our lives. Not the other way around.

But until we get there, I’ll keep on hustling.

We’d love to hear from you. Drop us a line
& someone from the CANDESCENT team
will get back to you shortly …